Vortons are centrifugally supported cosmic string loops that can be continuously created at all times during the cosmological expansion. Could they be all of the dark matter?

Together with Pierre Auclair, Patrick Peter and Danièle Steer, we have calculated in Ref.[1] their inclusive cosmological distribution, taking into account the incessant production of vortons from a scaling string network all along the history of the Universe. They are a viable dark matter candidate! 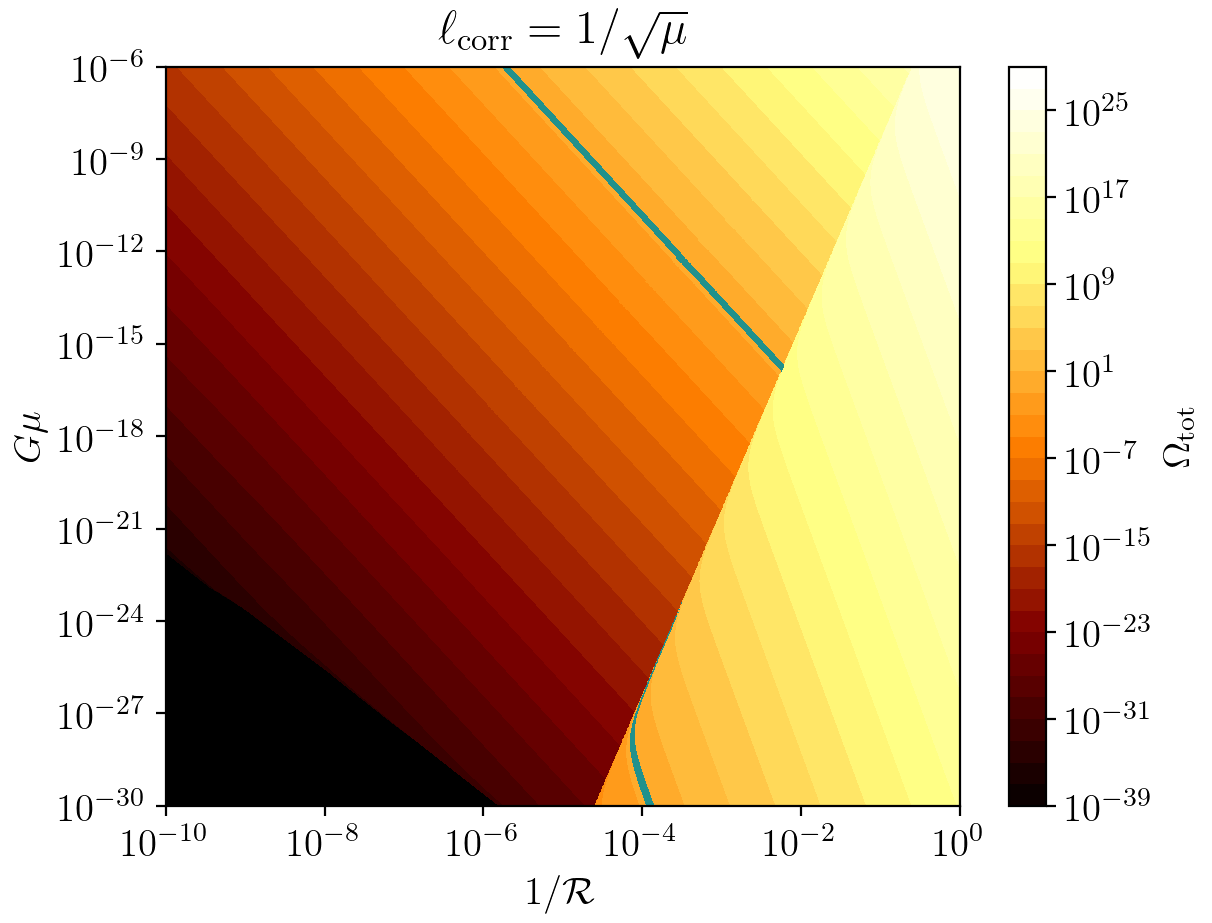 This figure shows the density parameter of vortons today as a function of the two fundamental parameters of the theory. They are the string energy per unit length, \(G \mu\), and the ratio of this energy scale to the one at which a current condenses on the strings, \(\mathcal{R}\). The green line represents values of the relic density \(\Omega_\mathrm{tot} \in [0.2,0.4]\), around the current abundance of dark matter. For all possible values of \(G \mu\), one can find a current-carrier energy scale allowing for vortons to be all of the dark matter.