Anticipating the opening of the Brout-Englert-Lemaître Center, a few aesthetic pictures associated with our researches will be on display during the “Walk in the Park” event, on Saturday the 25th at the Tournay Solvay Park (11am).

Anamorphosis from the Big-Bang

On display, you’ll find a black and white fractal image, extracted from Ref. [1]. 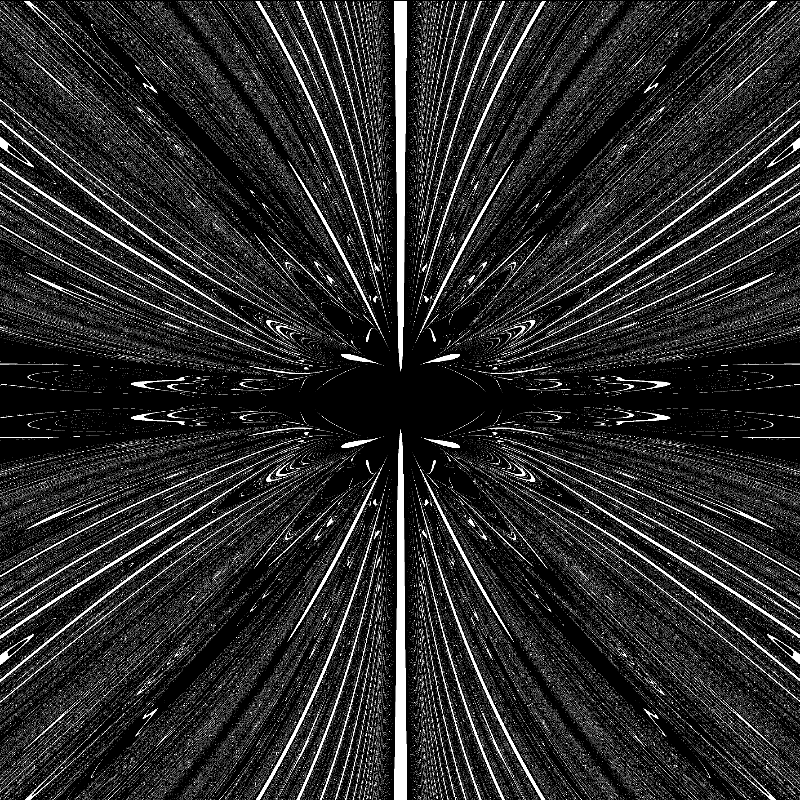 Cosmic inflation is an hypothetic phase of accelerated expansion of the Universe, a tiny fraction of second after the Big-Bang, induced by the existence of a scalar field in the early Universe and suspected to be at the origin of the present structures of the Universe. During inflation, in about \(10^{-35}\) second, the distance between any two points in the Universe separated by one meter becomes larger than the distance to the farthest galaxies. This makes inflation one of the most fascinating phenomena in Science.

This picture shows the results of more than 4 millions numerical simulations of inflation in a model with two scalar fields, called hybrid inflation, for which inflation stops due a broken symmetry, similar to the Brout-Englert-Higgs mechanism. The \(x\) and \(y\) axis represent the initial value of each scalar field, a white dot indicate that the simulation led to enough expansion for being compatible with our Universe, whereas for black dots, there is no, or not enough, inflation.

Before these results were obtained in Ref. [1], at ULB and UCLouvain, it was thought that only the thin vertical white band could lead to inflation, suggesting a fine-tuning problem. This picture shows that, on the contrary, a large number of initial conditions are satisfactory and form a complex fractal structure. In analogy with anamorphosis, a phenomena consisting in the distortion of an image through an optical instrument, one can see this fractal structure as the image of the thin vertical band seen through the potential associated with the scalar fields, playing the role of the optical instrument.

The night sky by GAIA

Using the recently released public domain data DR3 from the GAIA satellite (ESA), we have reconstructed a view of our night sky, as you would see it with very sensitive eyes, eyes that would allow you to actually see daylight colors but in the dark. 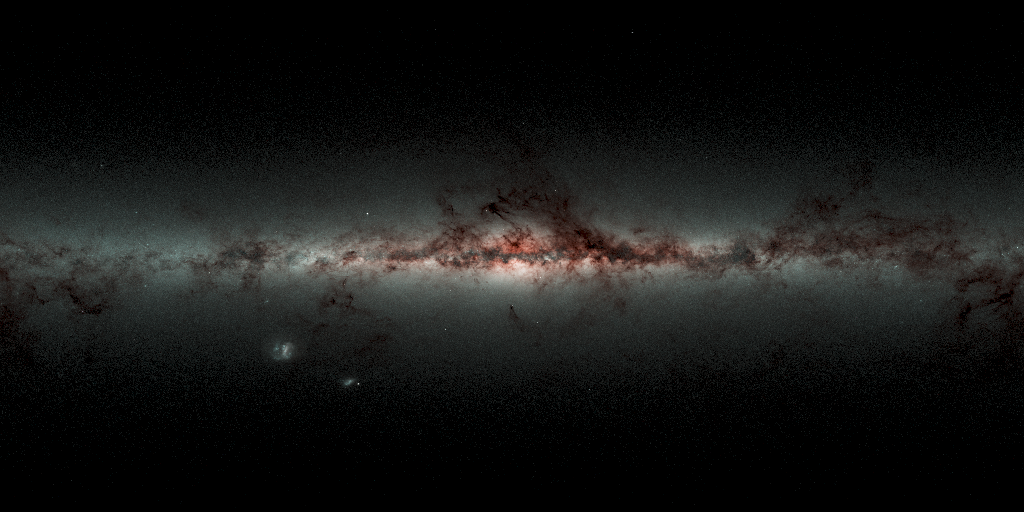 This image represents the integrated light flux coming from all faint sources of light, of magnitude greater than \(10\), in human-visible colors (sRGB). These sources are mostly stars from our own Galaxy and have been measured by the Gaia satellite (ESA/Gaia/DPAC). There are more than 1.5 billion of stars accounted for in this image. The image making code is available here: gaialaxy.

Extracted from Ref. [2], a small piece of a computer generated all sky map of the Cosmic Microwave Background generated by Cosmic Strings. 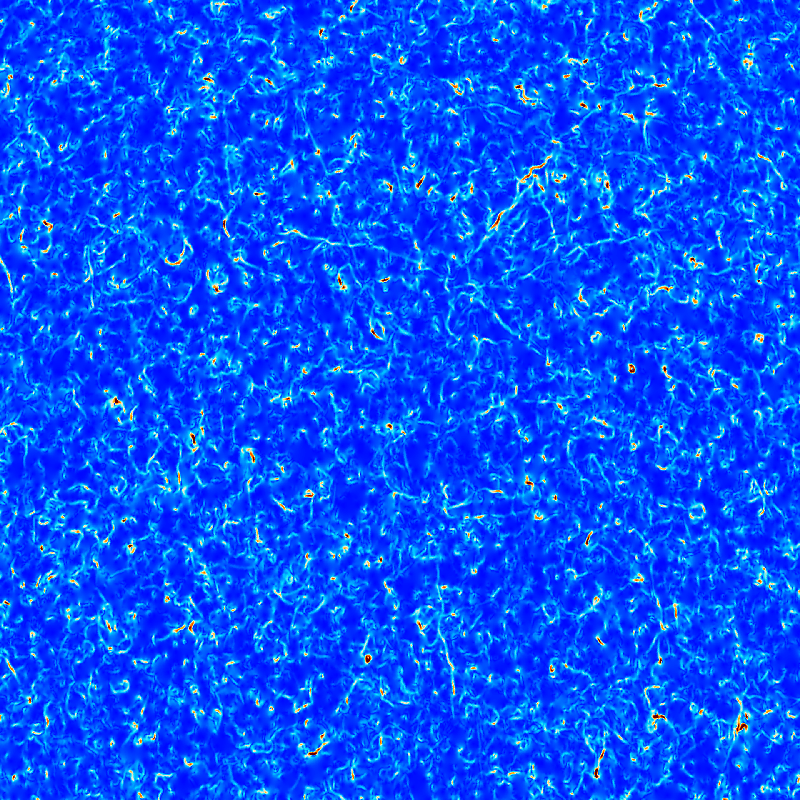 These objects are line-like defects in the fabric of space-time and could have been formed in the earliest times of the Universe history. This picture is a small part of a full sky image computed using \(12000\) processors of one of the largest world computer at that time: the Cray XE6 Hopper at the NERSC. This image has been used to search for Cosmic Strings in the Planck satellite data (ESA).